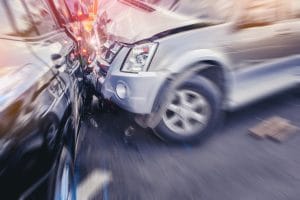 There are some 200 motor vehicle crashes a day in the Sooner State. These crashes involve more than 170,000 people each year, or nearly one in every 25 people. These facts and figures are courtesy of the Oklahoma Highway Safety Office (OHSO), a division of the Department of Public Safety. Their Crash Facts report, published annually, serves as both a warning and a tool to help agencies budget for improvements in health care and safety.

The report takes time to compile; the most recent year for which data is available is 2019, and we can expect some future deviation in the numbers because of the impacts of COVID on travel in 2020. Regardless of the expected deviation, these numbers have been remarkably steady for almost 20 years. In some ways, this is good news. The population has grown significantly in that time, so the constancy of the numbers indicates that we’re doing something right. Unfortunately, like death and taxes, it appears that both fatal and non-fatal injuries in Oklahoma car accidents are inescapable.

The 2019 Oklahoma Crash Facts report uses some terminology to classify crashes that may not be familiar to most readers. Specifically, starting in 2007, the term “cause of crash” was replaced with the more accurate “contributing factor.” This, along with the KABCO Scale, are important tools used to understand and evaluate crashes by authorities. KABCO is an acronym that describes the severity of injuries sustained during a crash, where:

Before we get started, it’s important to note that this data does not include “non-traffic crashes” (i.e., crashes on private property, deliberate acts, medical episodes, and more). Rather, the information refers to car accidents that occur on highways and byways across the state. The report does, however, include an exhaustive breakdown of crashes by cities, counties, municipalities, road and vehicle types, driving conditions, timing and many other factors.

The Crash Facts report includes data from across the state, and the analysis runs to some 170 pages. There’s even an interactive tool you can use to visualize almost any set of data you can imagine. But information without context is just noise; it takes special tools and analysis to extract relevant information from all of these numbers.

Luckily for us, the OHSO does most of the heavy lifting to reveal the causes behind the 70,000+ crashes reported each year. As a matter of fact, the information is so detailed that we’re able to say that the most deadly time to be on the road in Oklahoma is on any Friday in the month of July between the hours of 5:00pm and 5:59pm.

What are the top factors likely to cause a crash?

Like anything else, the more you know about the why and the how, the better you are able to protect yourself and your family. The following list from the OSHO’s Crash Facts report includes the top 10 contributing factors (in order) to all crashes on record in 2019:

Broadly speaking, it’s the responsibility of the reporting agency (read, Oklahoma Highway Patrol, city police, sheriff departments, etc.) to determine the contributing factor for each driver. The official reports are clear cut; whichever box the officer checks becomes the factor. In reality, however, things aren’t always so black and white. “Failed to yield” accounts for 10.5 percent of all 2019 crashes. This is an obvious circumstance when a crash occurs next to a yield sign, but was the proximate cause actually operator error, or distracted driving?

It’s interesting to note that six out of the top 10 contributing factors could easily fall under the “Inattention” category, which alone accounts for a full eight percent of all crashes in the report. Taking our hypothetical idea that almost any unsafe operation can be attributed to distracted driving, the case can be made that more than 50 percent of the underlying cause of any “contributing factor” is actually distracted driving.

What causes the most fatal motor vehicle accidents?

Speculation aside, it’s worth considering that these contributing factors line up very differently when we consider crashes that result in fatalities. The list above details the circumstances that lead to the greatest number of car accidents. When we consider instead which accidents are the most fatal, the major players still make the top 10, but show up in a significantly different order. The top five most deadly contributing factors are as follows:

Stay safe on the roads, Tulsa

There’s not much you can do about other drivers weaving in and out of heavy traffic at high speed or someone deciding to get behind the wheel after one too many drinks, but just two simple steps can greatly reduce your risk of being involved in a fatal accident.

First and foremost, make sure that everyone in your vehicle is using seatbelts or child restraints appropriately. Of the 440 fatalities in non-commercial vehicles, almost half of the victims were not using safety belts.

Second, and perhaps most importantly, eliminate as many distractions as possible. With your eyes on the road and your head on a swivel, you’re more likely to see a dangerous situation before it occurs. If you see someone operating a vehicle in an unsafe manner while driving, your first priority is to get yourself out of harm’s way. As safely as possible, pull over to the side of the road or take the next exit. Never attempt to investigate, intervene or otherwise get involved in the situation.

Unfortunately, no matter how vigilant or diligent you or your loved ones are, car accidents happen every day. When they do, the experienced Tulsa car accident attorneys at Biby Law Firm are ready to help. If you or a loved one has been involved in a car crash, our compassionate and thorough attorneys are ready to help you understand your position and get you the compensation you deserve. You don’t have to go it alone. For help with your case, call us at 918-574-8458 or use our contact form to schedule an appointment today.