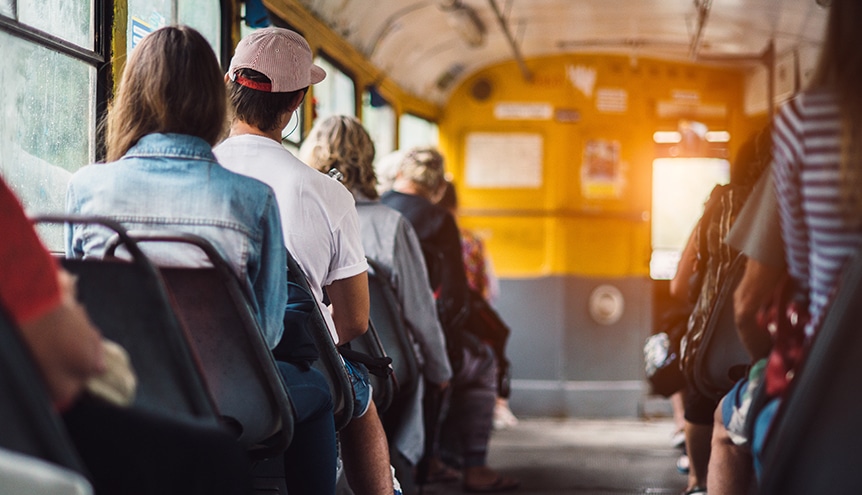 Strong advocacy for victims of train, bus, and other Oklahoma public transportation and mass transit accidents

What separates mass transit from car, truck, and motorcycle accidents is that public transportation accidents injure many people at once. When a disaster happens and a bus rolls over, or a train goes off the rails, Biby Law Firm has the experience and resources to help you get justice. You can rest comfortably knowing that we understand who is liable besides the bus driver when a bus accident happens, when and how to prove mass transit liability, and how to prove all your damages.

We understand how to file claims against common carriers and private carriers. Our Tulsa public transportation lawyers demand compensation for your pain and suffering, lost wages, and medical expenses. We provide compassionate counsel to families when a loved one is tragically killed.

What is a common carrier?

“Common carrier” is a legal term. It generally means an entity that offers transportation and cargo services for a fee. Common carriers must comply with Oklahoma and federal law. They have a very high duty to their passengers because so many people are at risk. The duty is higher than that for a typical car driver.

"I want to thank you for your help in allowing me to seek out the recovery plan my doctor and I thought best rather than what the insurance company wanted. I cannot express the peace of mind that it gave."

"I am so thankful for you taking care of one of my dear family friends through one of the most difficult times of their life."

I would recommend him

"Jacob and Vicki did an outstanding job from start to finish. Straight forward, Honest, and always kept me up to date on the process. Jacobs knowledge of the law and his ability to negotiate with the opposition was excellent. I highly recommend them!"

"Jacob Biby has provided an excellent legal advice and guidance during my difficult situation. I found him to be experienced, response, knowledgeable and honest while working with Jacob. I would highly recommend Jacob to anyone seeking legal representation."

Why are public transportation claims so complex?

Claims against private common carriers and public common carriers are far more complex than typical accidents between two passenger vehicles. There are often multiple victims, which means it can take longer to investigate what happened and determine the truth of the accident. The statute of limitations can be much shorter (especially with claims involving public entities), and the laws may change depending on where the incident occurred: Public land? Private land? State road? Who owns the railway? Each one has different rules.

The main reason these claims are so challenging, though, is the level of injuries and amount of property damage they can cause. If an MTA bus rolls over, all of its riders could be injured, and some could die. If an Amtrak derails, those same injury risks exist, plus there could be hundreds of thousands of dollars’ worth of damage to the train, the tracks, and the surrounding landscape. If it’s a freight train, fewer people could die, but there could be millions of dollars’ worth of property losses.

On top of all of these losses, there is also the issue of percentage of liability. If Company A freight train derails on tracks owned by Company B, but the derailment was the result of poor upkeep on the public land surrounding the tracks it imperative to get to the scene immediately. Often times, the train companies will have their personnel and investigators on scene within hours of a collision. Moreover, it is vitally important to get photographs, speak with witnesses, and preserve any and all evidence. Train companies will seek to be held federally exempt from being sued. Therefore, it is important to have counsel that will be on your side to make sure the case is preserved properly.

As you can see, there’s a lot to uncover in mass transit claims. Biby Law Firm has a network of outside field experts to help us get to the bottom of what happened, so we can start building your claim for damages.

What kinds of injuries do Oklahoma mass transit accidents cause?

Being struck by a speeding train or a huge bus causes much more force than normal four-wheel vehicles. The excessive force increases the risk of death. Our Tulsa mass transit lawyers have negotiated many substantial wrongful death settlements on behalf of a spouse, children, and parents of loved ones who were killed due to the negligence of others.

Mass transit injuries also include these life-altering and serious injuries:

All these injuries require expensive medical care. Many mass transit victims require surgeries, specialist care, ER care and treatment with physical, vocational, and occupational therapists. Many victims suffer the loss of function of a part of their body. Most victims also suffer anxiety, depression, and fear and other emotional damage.

The injuries usually prevent the public transportation victims from working – possibly for the rest of their lives.

What are some of the factors in mass transit negligence?

Negligence by the driver include:

Negligence by the agency or company that owns the mass transit vehicles includes:

Our Tulsa lawyers work with investigators and the police to show how the negligence occurred. We also work with industry experts for each type of transportation involved. We examine all relevant reports such as police and federal investigations by the National Transportation Safety Board or other agencies.

We conduct extensive formal questions and answers – in writing and by questioning the driver and other defendants.

At Biby Law Firm, we have the experience and resources to take on government agencies and large corporations. In addition, if a case is outside of our expertise, we will work to have your file referred to someone that Is competent in the area. Our skilled Tulsa mass transit lawyers understand what’s required to fight the big companies. We’ll help you get compensation for your income losses and pain and suffering from those defendants who are liable. For help with any Tulsa public transportation case, call us at 918-574-8458 or use our contact form to make an appointment. We proudly serve Oklahomans from the communities of Tulsa, Broken Arrow, Bixby, Claremore, Jenks, Sand Springs, Sapulpa, Wagoner, Muskogee, and the surrounding areas.