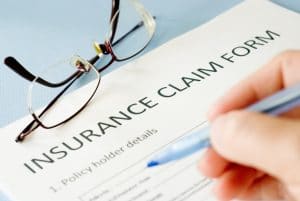 After any sort of injury-causing event insurance companies will quickly begin searching for and gathering evidence on every aspect of the case.  Promptly hiring a seasoned Tulsa personal injury attorney can position a victim to begin doing so as well before information, evidence or witnesses are lost or destroyed.  While some people may elect to attempt to perform that work on their own, others may delay hiring an attorney because they are overcome with their injuries or the situation altogether.  In either scenario it is not uncommon for victims or their loved ones to find themselves communicating with insurers directly.

Insurance companies routinely implement programs and tactics designed to gain an early advantage in a claim.  Everyone who is a party to an insurance contract has an obligation to comply with the terms of their insurance agreement with their own insurance company.  Although each company’s policy has its own unique characteristics, an insured generally must promptly notify the insurer about a claim, fully cooperate in the investigation of a claim and submit to a recorded statement or examination under oath.  These are just a few of the requirements typically found an insurance agreement.

While contractually required to perform certain tasks with one’s own insurance company, a victim of personal injury is under no obligation to do so when dealing with another person’s insurance company, particularly that of the at-fault party.  Throughout their decades of combined experience of handling personal injury claims on behalf of injured individuals, the attorneys at Biby Law Firm have encountered the following most common practices insurance companies utilize to gain an early leg up when dealing directly with an injured party.

What Specific Things Should I Be on the Lookout For?

These are just a few examples of the countless ways an at-fault insurer may attempt to gain an unfair advantage over an injured party in the early stages of a claim.  The Tulsa injury attorneys at Biby Law Firm are well-versed in what is and what isn’t required of their clients and take pride in their ability to successfully resolve claims while also protecting their clients’ private and confidential information to the full extent allowed by law.

Should I Consider an Early Settlement Offer? – The “Recorded Release”

One practice that is becoming more and more prevalent among all insurers is attempting to secure early releases, many times verbally over the telephone, in the hours or days after a person has been injured in an accident.  This tactic is designed to take advantage of individuals who are physically, mentally and financially vulnerable by offering quick money, often $500 – $2,500, in exchange for a full and complete release of any and all claims.  Commonly the proposed agreement will include a medical component wherein the insurer will pay for “all reasonable medical bills” up to a certain dollar amount.

Why Should I Be Wary of a Recorded Release?

Insurers know that individuals oftentimes may not realize the full extent of their injuries and losses until many days after a collision.  By seeking out and securing early releases, insurance companies realize enormous financial gain by resolving claims for a nominal amount before their targets, the injured parties, have adequate time to fully appreciate all the ways they may have been affected by the underlying event. Insurance companies will argue these recorded conversations are full and final settlements, meaning those who enter into them will be left to bear the costs and burden of any unknown injuries, costs of future medical treatment, lost wages and other losses that are not contemplated at the time.

Dangers of The Recorded Release

The attorneys at Biby Law Firm urge anyone injured as a result of another’s negligence to seek advice from an experienced Tulsa personal injury attorney, particularly if they are contemplating a release which will result in a full and final resolution of their case.  Biby Law Firm is proud to offer free consultations throughout their statewide practice including Tulsa, Broken Arrow, Bixby, Claremore, Jenks, Owasso, Skiatook, Pryor Sand Springs, Sapulpa, Wagoner and Muskogee.  To schedule an appointment call us at 918-574-8458 or fill out our contact form.